Paul's love of music began in early childhood as a self-taught musician in Green Bay, Wisconsin and Canon City, Colorado.  Starting out his professional career playing in several bands, Paul’s music comes from the heart and soul, reflecting his view of life with a sense of wonderment.  His songs are genuine, insightful, thought-provoking and engaging.  Paul’s style of music is an infectious blend of rock, blues, folk and country, covering a wide range of styles.

Paul released his first album ‘RoundAbout’ when it aired on KBOO radio.  His original songs were featured at a sold out performance during his CD release show at Artichoke Community Music, a renowned music venue in Portland, Oregon.  Paul played at the Aladdin Theater's Winter Folk 2015 with an audience of over 400 people.  He performs his original material at Art in the Pearl and Oregon State Fair, among other venues including wineries, nightclubs, and other festivals.

He co-produced his first album.  Paul is sought out as a studio musician and plays bass and banjo for singer-songwriters.

Paul is a solo artist and regular performer at the Oregon State Fair.

Paul teaches ukulele, bass and guitar lessons in his spare time inspiring others through his love of music. 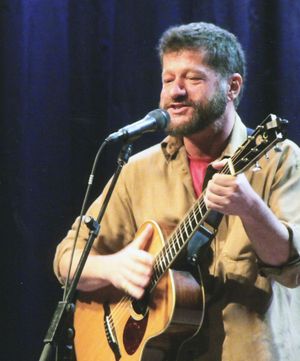